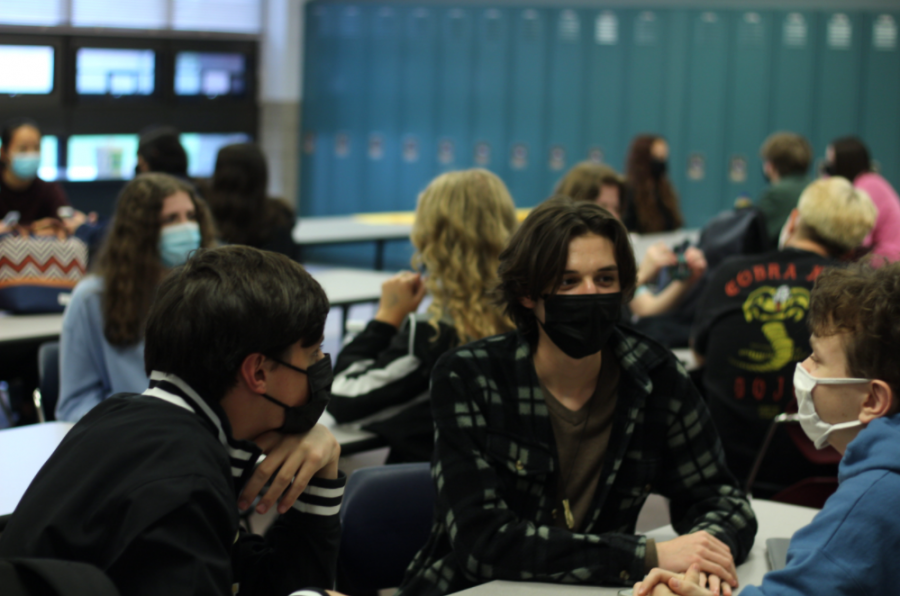 New clubs at SCN are on the rise during this return to normalcy. These clubs are Film Club, Project Peace, and Feminist Club. The sudden popularity that these clubs have been experiencing has come as a surprise to many club leaders.

Due to the pandemic, the past few years have been difficult for clubs to gain new members, so the return to in-person learning has provided clubs with a better chance to create a group.

“The reason why I didn’t start [Feminist Club] earlier is because we had COVID. So all of the stuff with organizing people was super stressful,”  said Sophia Gallentine, Feminist Club co-president, which is a club that teaches students about gender equality and works to make North a more socially conscious environment.

Since every student is now in person, it is easier for a bond to be created amongst club members.

“Now we don’t have to use Google Meet, which is great because we’re all quite tired of those. Being in person also makes it so we are able to form more of a community,” said Gallentine.

Social media has had a major role in the surge that these clubs are experiencing.

“[Interest] hasn’t only been from people we know, it has been people from other schools who reached out and thought that the club is a good idea,” said Azul Canon, Feminist Club co-president.

Clubs focused around topics regarding future careers have been finding a lot of success at North as well.

“I think a lot of kids your age are interested in how it’s all actually done because you’re very flooded with media in your everyday lives and I think the students who come to Film Club are actually thinking like ‘I could do something like this, how do I do it?’” said Quinlan Kyp-Johnson, Film Club adviser. Film Club allows students to experience the production side of the film industry,

The success of clubs heavily relies on having a group of students from several grades that have an interest in the idea behind the club.

“I think the first big piece of advice is that there needs to be a group of students that are passionate about whatever the topic is,”  said Boynton. “One of the challenges we faced early on was that all of our leadership was seniors so we did have some concerns about when they graduate what’s going to happen to our club. So we’ve been intentionally looking for freshmen and sophomores to ensure that the club will be able to continue in the future.”

Informing people about clubs has played a major role in bringing in a consistent amount of members.

Anyone interested in Peace Club, Film Club, or Feminist Club should reach out to the people mentioned to get more information. This page provides a list of all clubs at North, while this page has a form for creating new clubs.

“It takes time to establish a club that is successful and can bring in members every time but the reward is huge so it’s definitely worth it,” said Gallentine.