Quarantine Productivity: How Students Are Handling Their Newfound Freetime 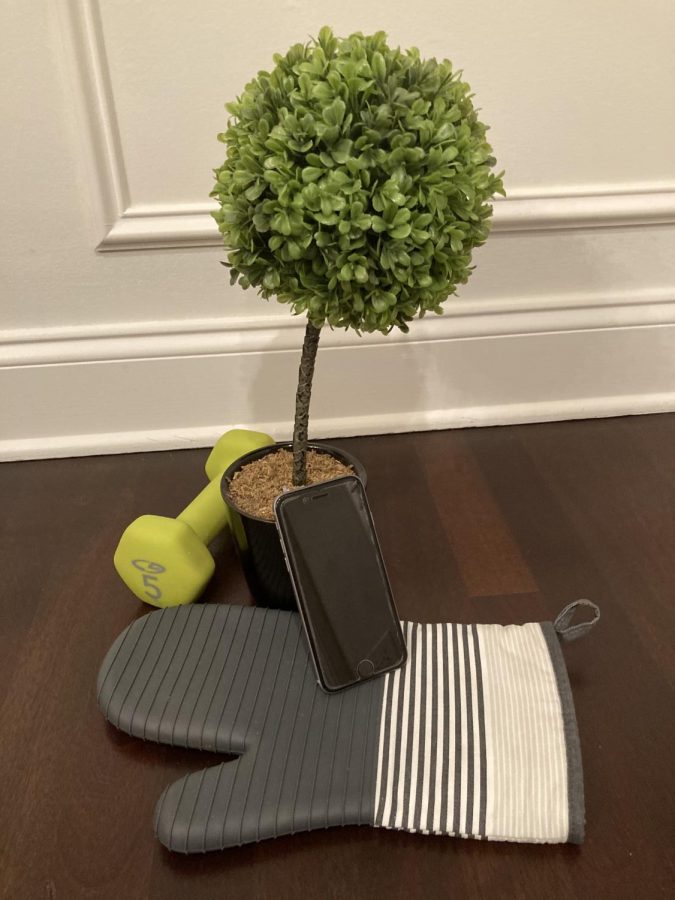 Some popular activities that were taken up during quarantine were baking, gardening, scrolling through social media and working out.

With quarantine beginning in March, tons of people had lots of extra time on their hands, and they didn’t know what to do with it. At first, pretty much everyone thought quarantine would be over soon.

However, as it continued to drag on, people started to turn to extra activities to fill the hours of the day. Hobbies–such as baking, exercising, reading and crafting–began to pop up. Many people felt like they needed to do something.

People began to set goals for themselves almost as if it was their  New Year’s resolution. Our Twitter timelines and Instagram feeds began to fill with viral videos of people cutting their own bangs or losing weight. These lifestyle changes were shared all over social media, for better or for worse.

Emma Garcia, a junior that began bracelet making, said “after seeing a lot of people posting…about all the stuff that they’re doing during quarantine, it made me feel so unproductive, so I did feel like I had to do something.”

Social media could make you feel like you wasted the time you had. It could suck you in, making it hard for you to want to do anything else.

“It felt like there was so much to do, but I really didn’t end up doing anything. It was so much easier to just be lazy, and lay on your bed and scroll through Instagram,” said Garcia.

On the bright side, social media can be a good, encouraging activity, and it introduces people to new opportunities.

“Without social media, I wouldn’t have found out about bracelet making,” said Garcia.

Quarantine also gave people the time to do things they always wanted to do.

Senior Barbara Johnson said, “I’ve had more time to be productive and learn new things.” People also had time to do small tasks that they couldn’t do before.

“I started gardening. I started redecorating my room, building a new computer, baking some things, working on my car, just stuff I wouldn’t normally have the time to do,” said Stephen Lomnicky, senior.

The world has always felt a need to be productive. With all this extra time, what better way to spend it than by doing something to improve society.

Many people used quarantine as a time for self-discovery and finding new things to be passionate about.

Lomnicky said, “I am alone with my own thoughts a lot, so it’s a chance to kind of think about things that have been on my mind.”

“I started learning Polish on Duolingo,” she said. Johnson was able to stick to it, a rare trait in resolutions.

“I have a 105 day streak,”  said Johnson. Her hard work and dedication paid off too, when she was able to talk in Polish with her grandma.

People were able to find new hobbies and skills that they can do long after quarantine.

Garcia said she will definitely continue making bracelets after quarantine.

Some treated quarantine like a much-needed vacation, and there is nothing wrong with that. With the constant stress of life, sometimes, a bit of peace is necessary.

Johnson said, “I was taking more of a break… since everything was just go, go, go before that.”

Quarantine has been a balancing act between taking the time to calm down, and try to continue life and move forward regardless of current events.

As it continues and school begins, we can begin to move more into the normal ways of life, like having a regular schedule. With increased regularity, it can feel like increased productivity and give more stability to a rather unorthodox summer break.